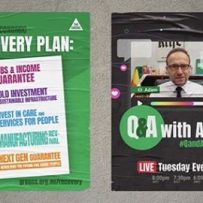 An accelerated transition to 100 per cent renewable energy and a $60 billion investment in green manufacturing are core to a vision pitched by the Australian Greens for a post Covid-19 economic recovery.

The Australian Greens have launched their ‘Invest to Recover‘ plan, which forms part of the party’s larger Green New Deal proposal, and would work to create an estimated 870,000 new jobs in the private and public sectors.

The clean energy industry has called on governments to direct economic stimulus to the sector, to support the continued growth of zero emissions energy generation, which can work to tackle both Covid-19 related economic challenges as well as working to tackle the longer-term challenge of climate change.

Instead, the Morrison government has offered lifelines to the gas and oil sectors, reducing regulation and accelerating development approvals for the fossil fuel industries, with federal energy minister Angus Taylor calling for a ‘gas-led’ recovery of the Australian economy,

The plan would see $59 billion invested in Australia’s renewable energy sector, to take Australia’s electricity supplies to 100 per cent renewable.

“Our ‘Invest to Recover’ plan will jump-start the economy with green investment, grow new industries and create hundreds of thousands of high paid jobs, but until the private sector picks up again, government will also act as a ‘safety-net’ employer by guaranteeing young people decent jobs on nation-building projects that tackle the climate and inequality crises and make Australia a more creative and caring place,” Australian Greens leader Adam Bandt said.

“If you don’t like the coronavirus, you’re going to hate the climate crisis. The climate crisis still looms and will result in decades of corona-style restrictions and deprivation unless we act right now.”

“Our recovery plan doesn’t simply get us ‘back to normal’, it builds a better normal. The Green New Deal puts people at the centre of the recovery effort, stops people falling through the cracks and reshapes an economy that works for people.”

The Greens predict the cost of the Invest to Recover would be between $250-$300 billion spread over the next ten years. Greens leader Adam Bandt pointed to the fact the Morrison government has committed to spend over $200 billion over the next six months as showing that the recovery plan was a viable way to use debt strategically to support the Australian economy.

“Coronavirus is smashing into an economy already hit hard by inequality and the climate emergency, presenting us with the biggest economic crisis our country has ever seen. Depression-era job numbers demand a Depression-era response. That means not shying away from debt, but using it to invest in building a cleaner, fairer Australia,” Bandt added.

The Green’s plan would also include a guarantee to everyone under the age of 30 that they can access either free University, TAFE or vocational qualifications, as well as a $60 billion commitment to revive Australia’s manufacturing sector.

This will include investments to support the production of green steel, establishing a Green Steel Innovation Fund to support research and development of steel production using renewable hydrogen.

“We have to invest now to rebuild Australian manufacturing. This will create decent well-paid jobs, ensure economic resilience and centre environmental sustainability. Embracing this future will go hand in hand with reviving our public TAFEs which have been decimated,” Greens industry spokesperson Mehreen Faruqi said.

The Greens would also push for the re-establishment of the Clean Technology Innovation Program, originally established under the Gillard government and supported manufacturers to invest in energy efficiency and low-emissions technologies.

“We can’t leave young people the burden of dealing with the coronavirus and the climate crisis as well. Under the Greens’ plan, every young person who wants a decent job or a free study place will be given one or they’ll get income support they can actually live on. Young people will be key to getting this country back on its feet,” Bandt added.

The Greens’ recovery plan was launched as some of Australia’s largest banks and investors issued a joint statement on sustainable finance, calling for the immediate economic recovery to be aligned with the goals of the Paris Agreement on climate change, and can be used to better prepare Australia for future crises.

“All of these can form part of such a recovery program that delivers jobs, a strong economy and resilience for our future. Such projects will help to build back a better and stronger Australia.”

A recent Stimulus Summit held jointly by the Smart Energy Council and RenewEconomy heard of a range of large-scale clean energy investment opportunities that exist for Australia and could help drive new economic activity while also setting up Australia to be better prepared for the long-term impacts of climate change. 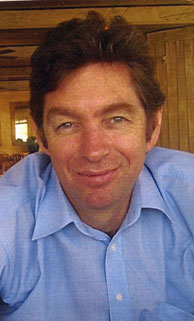